This past year mortgage rates have broken record lows, and we have watched them drop week after week. Matthew Gardner predicts that rates will most likely bottom out in the current quarter but he doesn’t see mortgage rates increasing significantly next year. 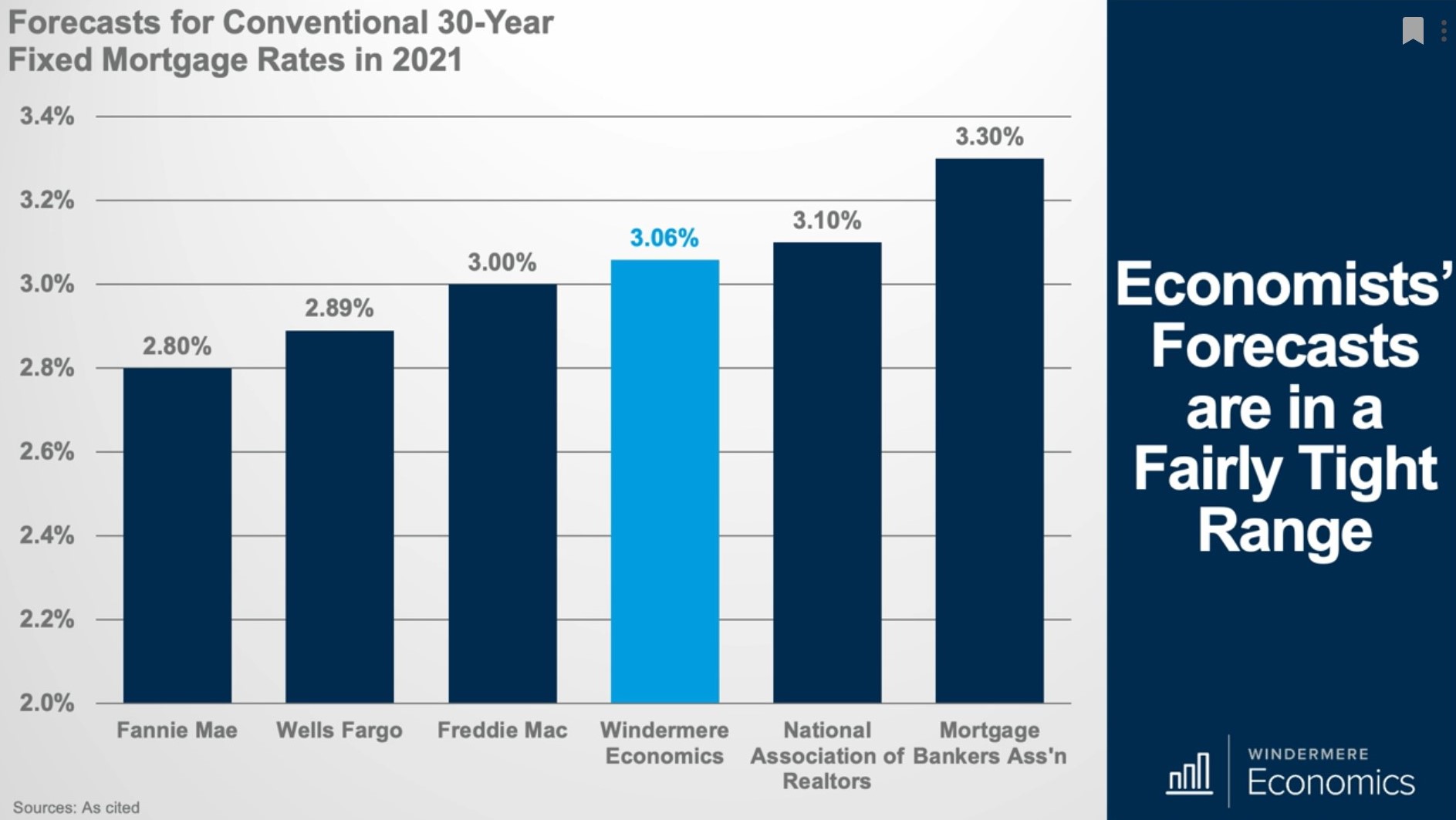 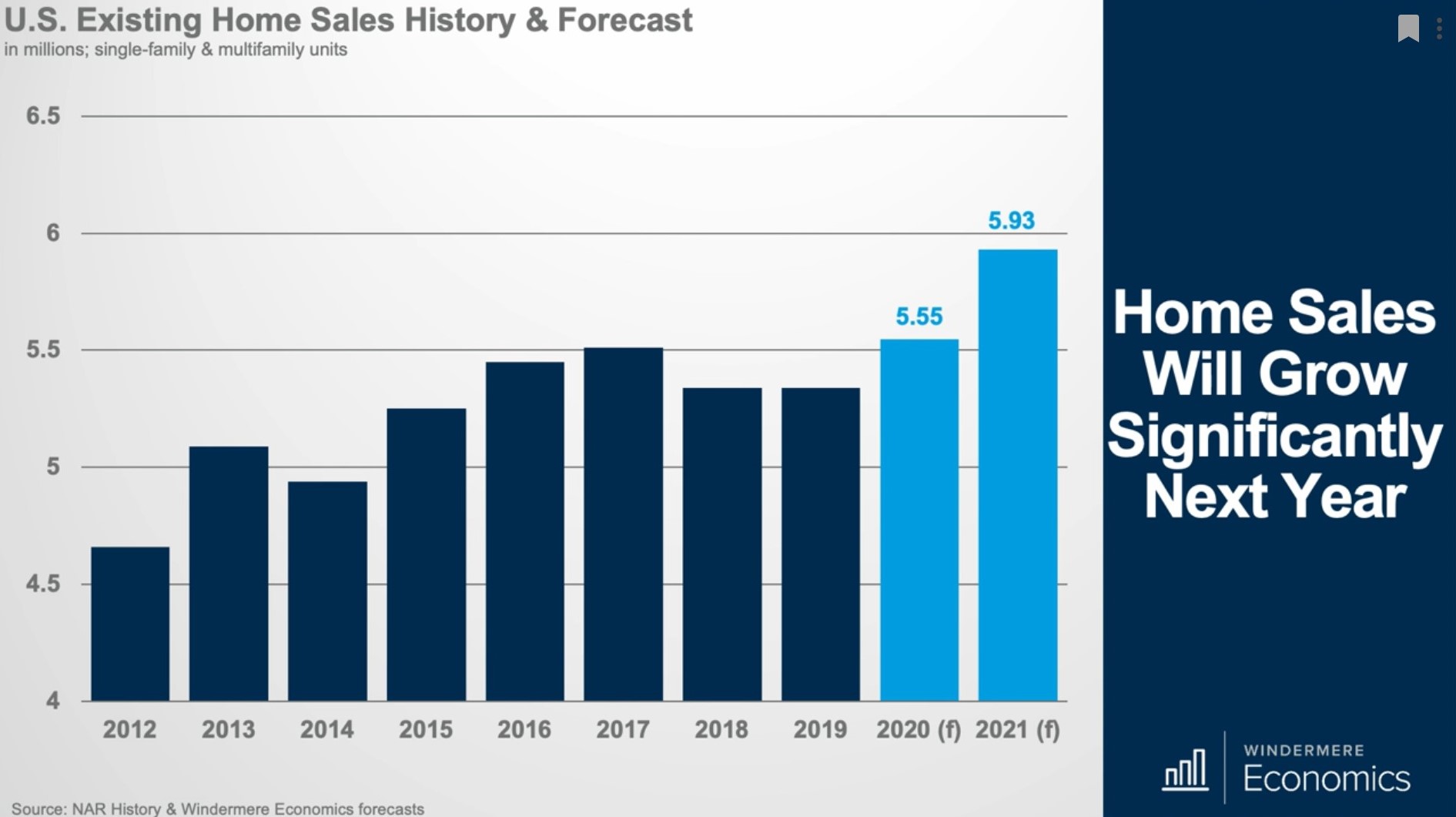 Regarding existing home sales, Matthew Gardner forecasts that sales should be up by 6.9% in 2021, which is a level we haven’t seen since 2006. For sales to rise by this extent we need more inventory, and sales will most likely increase due to COVID-19, whether that is because homes are not set up for remote work or people do not need to live in their current location.

In 2020, sale prices were 7.4% higher than in 2019. Matthew’s 2020 forecast was 4% price growth rather than 7%, but COVID-19 changed all that. Mortgage rates dropped, people decided to moved for various reasons, and there was very limited inventory.

Gardner forecasts that prices will rise by 4.1% in 2021, but they will rise at a slower pace because there is a correlation between home prices and income. Mortgage rates dropping can only allow prices to rise so much and he also believes affordability issues will cause prices to rise at a more modest percent. 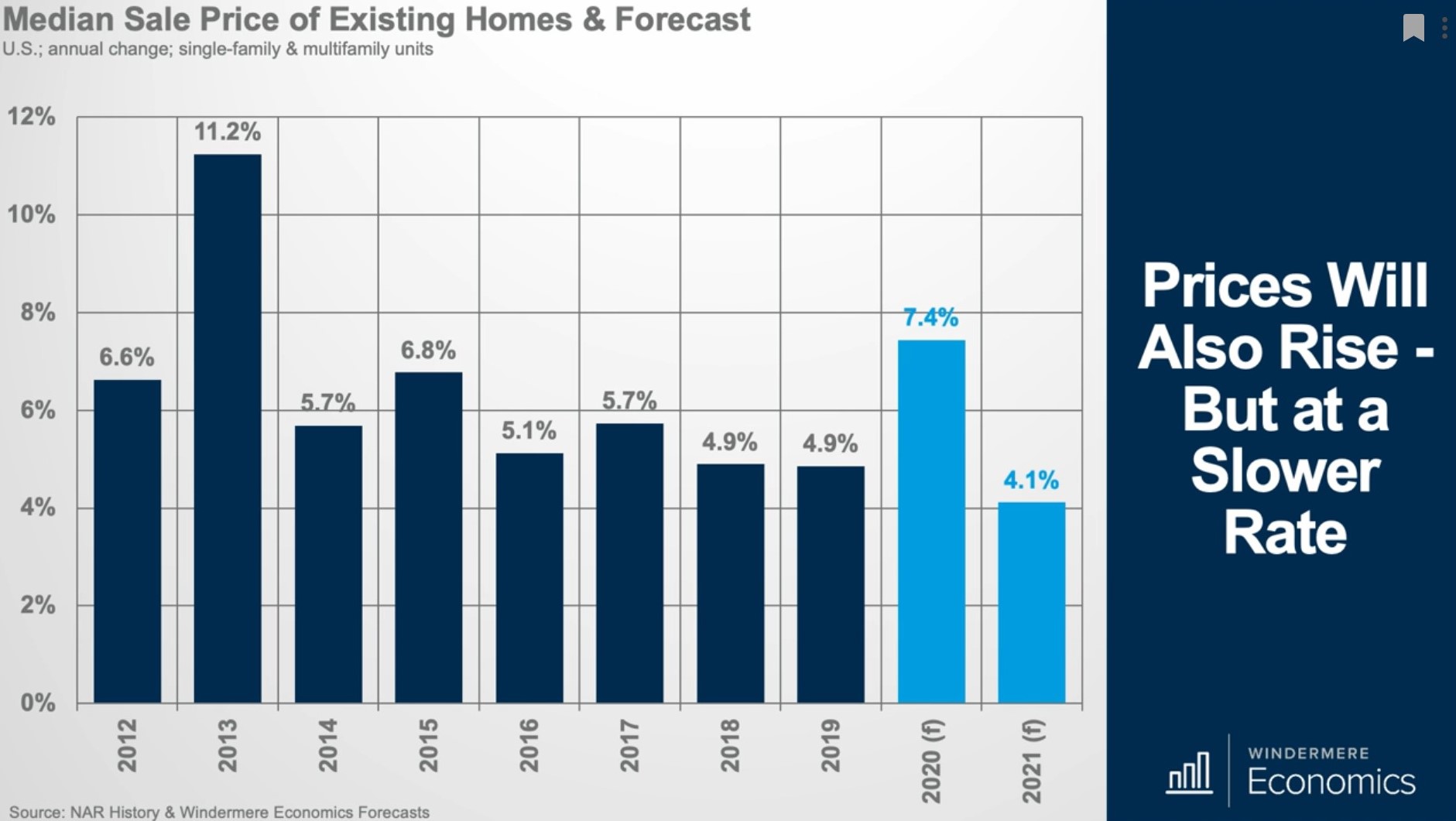 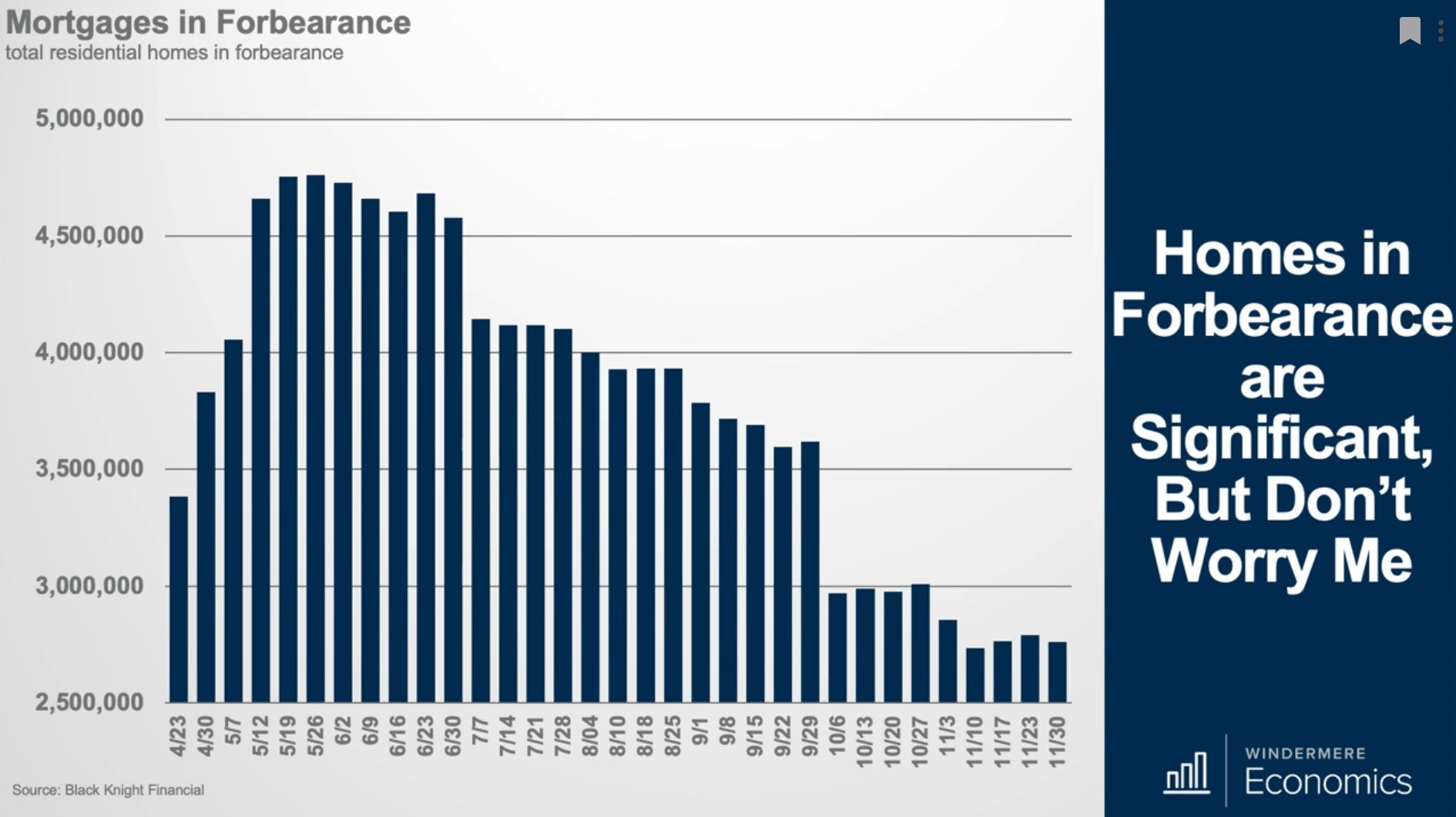 The number of active forbearances are down by 8% (roughly 246,000 homes) from just the end of October, and the number of homeowners in forbearance is down from almost 2 million from the peak we saw back in May.

While many believe the housing market is going to crash due to the amount of homeowners in forbearance leading homes to be foreclosed on and a large amount of inventory coming onto the market, creating home prices to drop, Gardner has a different theory.

He believes foreclosures will rise next year, but he does not think there will be an overflow of homes coming on the market and he predicts the number of foreclosures will be mild compared to what he saw in 2008-2010. Here’s why, looking back to March 2020, homeowners were in a very good place. Credit standards were tight, down payments were significant, and the economy as a whole was very healthy. Homeowners have built up equity, there is strong demand if people needed to sell, and lenders want to do a better job at keeping people in their home, by allowing missed payments to be added on little by little each month to their bill or allowing homeowners to extend their loan term. 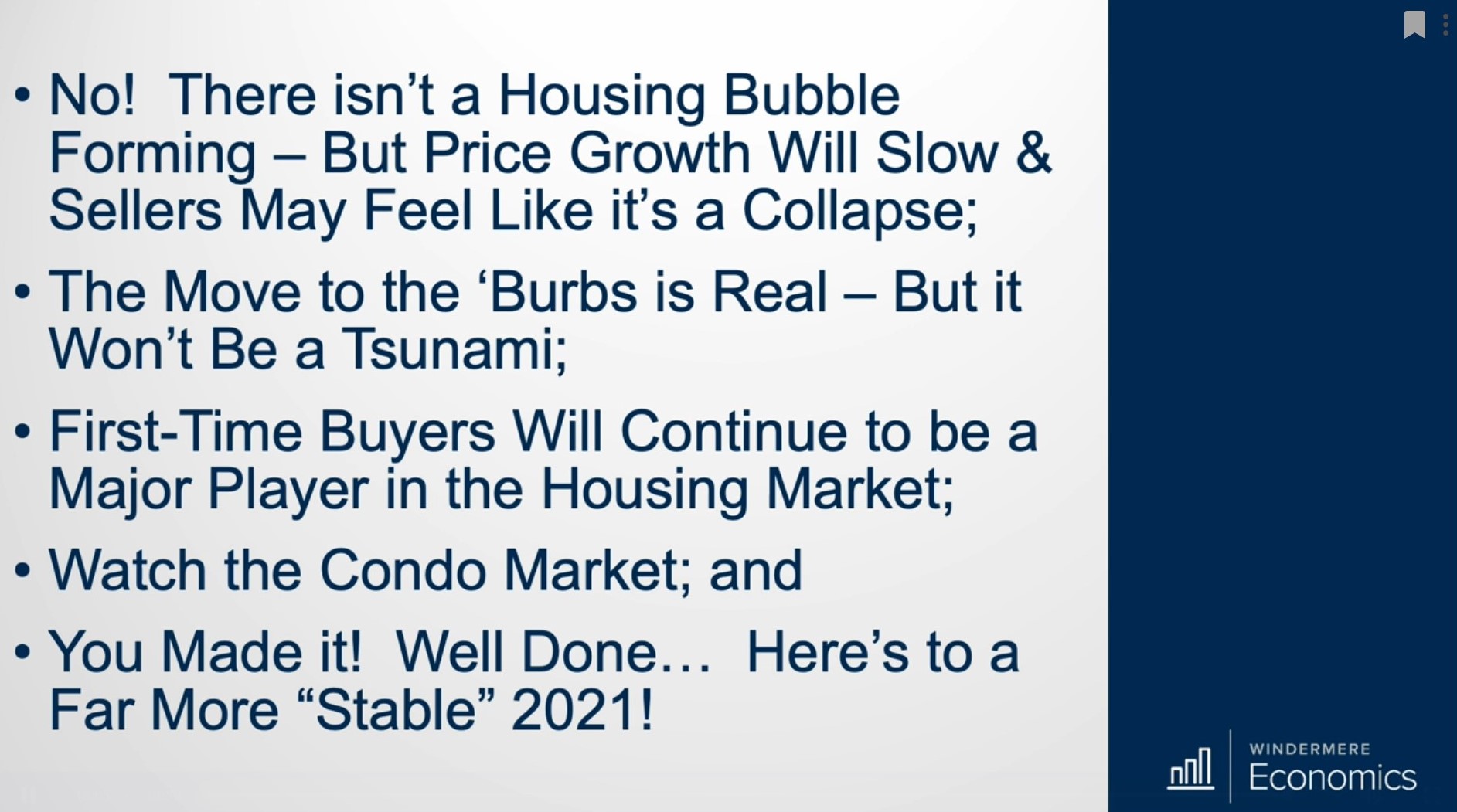